Tune in to Yarra Valley FM 99.1 or log into the streaming from the website to catch SoundScape this Thursday (Oct 13) from 9 pm.

We'll have a fair range of ambient styles on this week as I will only feature one musician, to leave room for a wide selection afterwards. 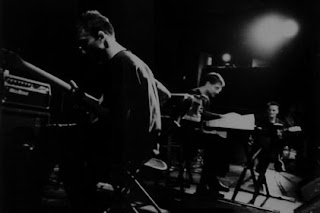 We will hear a number of tracks from Labradford, who is a U.S. post-rock musical group from Richmond, Virginia, founded in 1991. They have released six full albums from 1993 to 2001. Though not officially disbanded, its members have since been active with separate projects. Founded in 1991, Labradford consists of bassist Robert Donne, guitarist/vocalist Mark Nelson, and keyboardist Carter Brown. Their music style is experimental ambient and post-rock.