This Thursday (Feb 2) SoundScape will be hosted by a guest Presenter. Straight from 'The Bat Cave', Dom 'BB' Troughton will be serving up his selection of great ambient tracks. BB has given me a hint of what's on the menu, and it includes John Cale, Nick Cave, Warren Ellis, Michael Nyman, Harold Budd with Ravi Shankar.

Knowing  BB, he'll divert into strange and unfamiliar territory along the way, so be prepared for some surprises!

Tune in from 9 pm to YVFM 99.1 or get it streamed live from the website.

The Goons will be 'The Missing Battleship'.
Posted by Unknown at 9:31 AM No comments:

Tune in to SoundScape this Thursday from 9 pm (Jan 26) to celebrate ambient music on Australia Day. 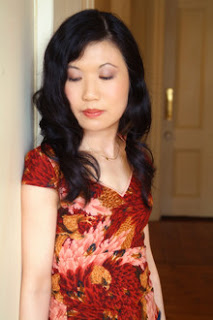 We will have a definite Oz flavour to our ambient, with Australian artists such as Catherine Duc, David Hudson, Oren Ambarchi, Dead Can Dance, Pendulum, Inauditus, Steve Roach and Sarah Hopkins. 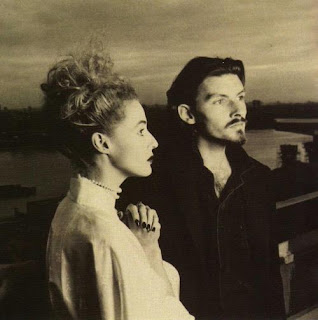 From ancient didge drones to elec guitar to 'I'm not sure how to describe it', we cover years of Australian ambient.

Our Goon Show will be 'The Giant Bombardon'.
Posted by Unknown at 3:59 PM No comments:

For some wonderful ambient music, tune in to SoundScape on YVFM 99.1 or get it streamed from the website. This Thursday (19-01-12) we will be traveling back to the mid 70's with some vinyl. 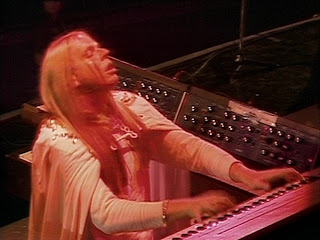 First up will be a couple of pieces from the legendary Rick Wakeman's 'Journey to the Centre of the Earth'. 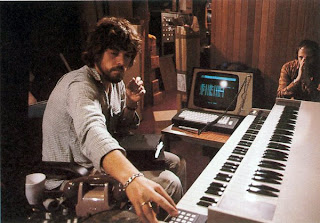 Then we will be able to really spin out with side 2 of Alan Parson's seminal album 'Tales of Mystery and Imagination'.

The Goon Show this week will be 'The Red Fort'.
Posted by Unknown at 8:15 PM No comments:

SoundScape will be exploring the concept of salvaging songs this week. Recycling and re-using isn't just for milk bottles and tyres, as intangibles such as music can also be given the rescue treatment. After all there's a lot of music out there that would be much better if only someone would change it, recycle it, revamp it or resample it. 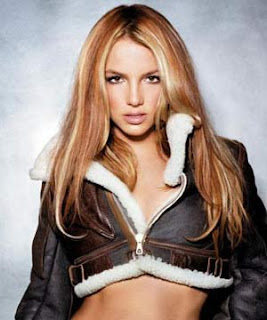 And I found a lot of that happening out there. Taking a tune that has been made for commercial success, which, let's face it, is what commercial radio is all about, and taking it beyond its original 3 minute pop diva soundbite is an ambient experiment that is catching on.

The most used concept is to slow the whole song down by 800%. This can be a success on a wide variety of music genres. We will be playing a range from the mundanity of Justin Bieber, to the pure bubble-gum pop from the likes of Britney Spears and Beyonce, to the still commercially acceptable avante garde of Lady Gaga, to the harder edged Eminem and Portal, to theme music like The X-Files and Flight of the Bumblebee, to the realm of your computer with Windows themes and the Nyan Cat, all the way to luminaries such as Edith Piaff and the Chemical Brothers.

The Goon Show this week will be 'The Space Age'.
Posted by Unknown at 2:38 PM No comments:

Our first SoundScape for 2012 (Jan 5 from 9 pm) will feature some wonderful guitar work by Martin Simpson, and also some pieces from Jean Michal Jarre. Tune in to Yarra Valley FM 99.1 or get it streamed live from the website. 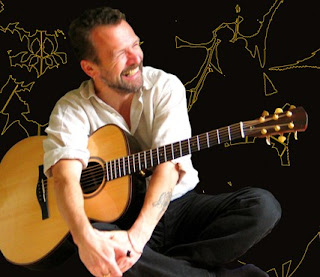 Martin Simpson was born in Scunthorpe, England. He took an early interest in music, learning to play the guitar and banjo and performing at local folk clubs.

In 1976 he recorded his first solo album Golden Vanity. In the same year he opened for Steeleye Span on their UK tour. Martin also toured and performed with folk singer June Tabor, who did not play an instrument herself. They would later record three albums together.

In 1985 he moved to Bloomington, Indiana and married American singer Jessica Radcliffe. 2003 saw the release of Righteousness and Humidity, a set focusing almost exclusively on music from the Deep South, played on a variety of instruments and featuring Steeleye Span's Rick Kemp. This recording was a nominee for BBC folk awards album of the year in 2004. Simpson won the BBC Radio 2 Folk Awards in 2004 in the category of Best Musician. 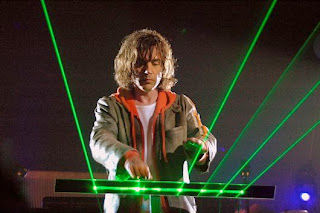 Our second feature artist is Jean Michel André Jarre (born 24 August 1948), a French composer, performer and music producer. He is a pioneer in the electronic, ambient and New Age genres, and known as an organiser of outdoor spectacles of his music featuring lights, laser displays, and fireworks.

His first mainstream success was the 1976 album Oxygène. Recorded in a makeshift studio at his home, the album sold an estimated 12 million copies. Oxygène was followed in 1978 by Équinoxe, and in 1979 Jarre performed to a record-breaking audience of more than a million people at the Place de la Concorde, a record he has since broken three times.

More albums were to follow, but his 1979 concert served as a blueprint for his future performances around the world. Several of his albums have been released to coincide with large-scale outdoor events, and he is now perhaps as well known as a performer as a musician. The performances were not without issues; inclement weather had threatened to break a floating stage from its moorings, winds were so strong that television cameras were blown over, and Diana, Princess of Wales, was on one occasion soaked by rain and wind.

He was the first Western musician to be allowed to perform in the People's Republic of China, and holds the world record for the largest-ever audience at an outdoor event. (That's right, it wasn't Elton John!)

Our Goon Show will be 'The Missing Ten Downing Street'.
Posted by Unknown at 2:51 PM No comments: